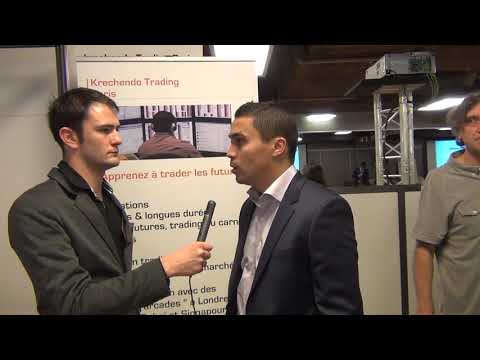 Can blockchain be useful in settlement and clearance in financial markets?

Interested to see the first trial of retail structured notes to be registered and cleared, but not yet settled, using blockchain technology, a full ten years after it was first conceptualised. The note is issued in GBP, as opposed to a cryptocurrency, but this is one of the first times that distributed ledger technology is being trialled in an attempt to simplify the way securities are registered and recorded (and reduce associated cost). As the notes are in GBP, payment flows at initial trading and maturity will still require traditional banks, and the note will be settled on Clearstream.
The note itself is not new in concept being a 60 day principal protected instrument with an underlying return linked to the FTSE 100 index.
It is however registered and cleared on the Ethereum blockchain and for these purposes the notes are ‘tokenised’.
See diagram in : https://www.coindesk.com/security-settles-ethereum-first-kind-blockchain-transaction/
In an interview with Coindesk (see link above) Nilesh Jethwa, chief executive of Marex Solutions said: “It’s allowed us to tackle a product that was previously the exclusive domain of a handful of investment banks and global custodians…for the first time, a bunch of guys who are niche specialists in their area can work together to create something which isn’t just as good as the investment banks are producing, but actually superior.” It will be interesting to see whether this trial in disrupting is really ‘cheaper, faster and safer’ in the long run. Will there be mass adoption of this technology in the future and will sufficient trust in this new ‘system’ be built up? The value of the private placement note is not being disclosed.
Details of Participants Dusseldorf based Chartered Investment Germany GmbH, under its structured note brand Chartered Opus issued the note with Marex Solutions, a division of global commodities broker Marex Spectron (http://www.marexspectron.com/about-us/news/2018/03/marex-solutions-expands-into-structured-products) The structured product uses a multi-issuer platform called the ResonanceX, founded by Guillaume Chatain, a former managing director at JPMorgan, which is connected to the Ethereum blockchain. It was developed by Fintech startup Nivaura (https://www.nivaura.com/). Price discovery, issuance and administration are all automated. Allen & Overy acted for the issuer and the product has been executed within the FCA’s regulatory sandbox. Nivaura in November 2017 issued automated cryptocurrency-denominated bond issuance that is also cleared, settled and registered on a public blockchain infrastructure (http://www.allenovery.com/news/en-gb/articles/Pages/Nivaura-executes-worlds-first-automated-cryptocurrency-bond-issuance-supported-by-Allen-Overy.aspx)
Diagrams from Leaprate: https://www.leaprate.com/forex/institutional/marex-solutions-launches-first-blockchain-based-structured-product-in-fca-regulatory-sandbox/

However, neither Marex nor Marex Spectron deducted the amount of the guaranteed drawdowns in their calculation of adjusted net capital as required. If the affiliate’s drawdowns had been correctly taken as deductions Marex, as a guarantor, would have been undercapitalized for 33 months with net capital deficits ranging from approximately $4 million to $75 million in the months when there were ... LONDON and CHICAGO, Nov. 11, 2020 /PRNewswire/ -- Marex Spectron, the global commodities specialist, today announced that it has signed an agreement to acquire X-Change Financial Access (XFA), a ... Global commodity specialist Marex Spectron today announced the appointment of Phillip Price as Head of Ferrous Metals Trading. Mr Price will be responsible for the building of the Group’s market making and trading infrastructure in ferrous metals derivatives. He will be reporting to Simon van Den Born, President of the Group. Mr Price has played a key role in helping develop the global steel ... Marex Spectron today announced record results during the first half year, with net revenues up 28% year on year at $219.9 million, while profit before tax increased 48% at $38.2 million (unaudited). Read more. July 29, 2020. Marex Spectron adds the Matthews Group to Marex North America. Marex Spectron announces that veteran agricultural brokerage team, the Matthews Group, has joined the firm ... Global commodities brokerage Marex Spectron has announced its financial results for the fiscal year ending December 31, 2019. The group marked strong growth in revenues and profits, helped in large part by a series of acquisitions. For 2019, Marex Spectron posted a total of $554.9 million worth of gross revenues, which represents a growth of 43.0 percent year-over-year from $388.5 million in 2018. WikiFX est une plate-forme officielle de recherche des courtiers et agents Forex dans l'industrie Forex. Il fournit les informations des courtiers précises et complètes, y compris les informations réglementaires, les réputations, les évalutations du risque et les identifications WikiFX, les derniers actualités Forex, etc. All CFDs (stocks, indexes, futures), Forex and crypto currencies prices are not provided by exchanges but rather by market makers, and so prices may not be accurate and may differ from the actual market price, meaning prices are indicative and not appropriate for trading purposes. Therefore Sharenet doesn't bear any responsibility for any trading losses you might incur as a result of using ... Marex Spectron, a global commodities broker with head office in London, announced today that it has signed an agreement to buy Chicago-based X-Change Financial Access (XFA), in an effort to grow its North-American business.. In an official press release, Marex announced that the company is expanding its product range through the fast-growing exchange-traded derivatives execution broker. آموزش صفر تا صد بازار فارکس و ارزهای دیجیتال توسط تیم مارکس که سعی شده به ساده ترین شکل ممکن و به ساده ترین زبان این بازار را به شما آمورش دهیم . دوره های رایگان ما را از دست ندهید % % The forex market is the market in which participants including banks, funds, and individuals can buy or sell currencies for both hedging and speculative purposes.

DISCLAIMER: This channel doesn't Promotes Any illegal content. All content provided by this channel is intended for EDUCATIONAL ONLY . =====... At one point the man can be seen vomiting into a bin as colleagues at the City brokerage firm jeer and chant in the background This sickening footage suggests greed is alive and well in the City ... Meet the Company: Marex Solutions - Duration: 1:21. Marex Solutions Recommended for you. 1:21. ... Forex AutoScaler + Renko + Cynthia's Neon System - Duration: 17:25. Jeff Glenellis Recommended ... Il s'est ensuite très vite spécialisé dans le trading de futures en travaillant dans plusieurs salles de marchés en Europe au cours de ces 10 dernières années : Marex Spectron (ex-Refco ... PowrTradeCopier http://multitermial.net is best forex account copier for social trading, forex account management, forex signals...You can copy orders from s... NEON is an electronic trading, risk and data platform, designed for the commodity markets. As part of Marex Spectron, it has been developed by one of the largest commodity brokers in the world ... Skip navigation Sign in. Search